All articles tagged with "Brainwashing"

Princess Kate was caught doing something bad by her husband and she did not want to have a problem with him and that thing. So she hypnotized her husband and used her hypnosis to erase what he had found out about her. She then let him get out of it and she was pleased when she realized he had forgotten about it. She even tried to hint but he did not remember it.

Mistress Emily Jones and her fetish for hypnotizing

Emily Jones is not your usual mistress. She is gifted in hypnosis and she knows how to get whatever information or material thing she wants from someone. Today she wanted to get herself some money so she hypnotized this loser and she financially humiliated him. He did not even know what she did to him as she was so good at her hypnosis that she erased that part of his memory.

This mistress had a new client today. He had trouble and wanted her to help him. To make him relax, she decided to hypnotize him. He had a lot of problems and could not focus. She did her best to make him focus so that she could take him to the spot. She used her soft voice and her seductive techniques to finally hypnotize him and help him like he wanted.

Mistress Herrin is a hot girl. She is also seductive and she is naughty. She developed these qualities so that she could use them to hypnotize guys. Most guys never see her hypnosis coming because they are fixated on her hot body. Today she did not even want anything from this guy. She was just testing a new way of hypnotizing. So he was like an experiment for her. Her new method worked as she had hoped.

Princess Kate wanted to get some information from this guy. She knew that if she asked him, he would not tell her and he would also avoid her since he would know what she wanted from him. So she pretended that she wanted to have fun with him so she teased him as she naughtily touched herself. He loved it but he did not know that he was being hypnotized. Once she had total control over him, she got him to tell her what she wanted.

This mistress wanted to get some privileged information and she knew that this guy would never tell her if he knew what she wanted. So she pretended to be interested in other things. She had fun making the guy comfortable and slowly she hypnotized him and once she had gained control of his mind, she made him tell her all she wanted to know and when he was back to himself, he did not know that he had told her anything.

This mistress knew that this guy knew about her secret. She did not want him to blackmail her or to tell anyone about it. So she used her seductive skills to lure him to her house. He thought she wanted to fuck him but she instead brainwashed him and she had total control over his mind. She mind fucked him and used her hypnosis skills to make him forget what he had seen.

Princess Kitty loves to get her money the easy way. When she was told to make money doing what she loves, she took it literally and since she loved controlling people, she learned about hypnosis and she used hypnosis to brainwash and control people. She would then take advantage of them financially and do what she wanted to them. She is so good at it that slaves and paypigs never know what happened. 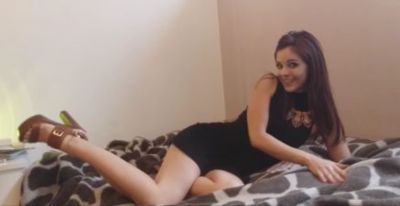 Mistress Emily Jones loves to hypnotize. She loves it because she is a controlling mistress and it helps her do what she wants. She loves how she is able to financially dominate losers after she has taken control of their minds. They never see it coming as she uses her flirting skills to do it and many of them never know that she plans to hypnotize and control them in the process.