This guy was too critical of goddess Nika to the extent that she felt she had to dominate him. She did not waste her time to hypnotize him as she wanted to find out what the motivation behind his criticism was. She played with herself to put him at ease and he thought she was trying to suck up to her but she was slowly controlling him and he did not see it coming. 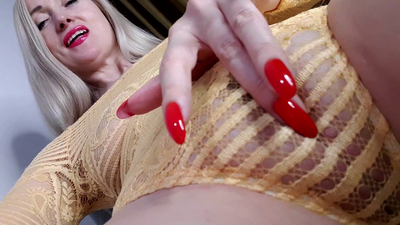